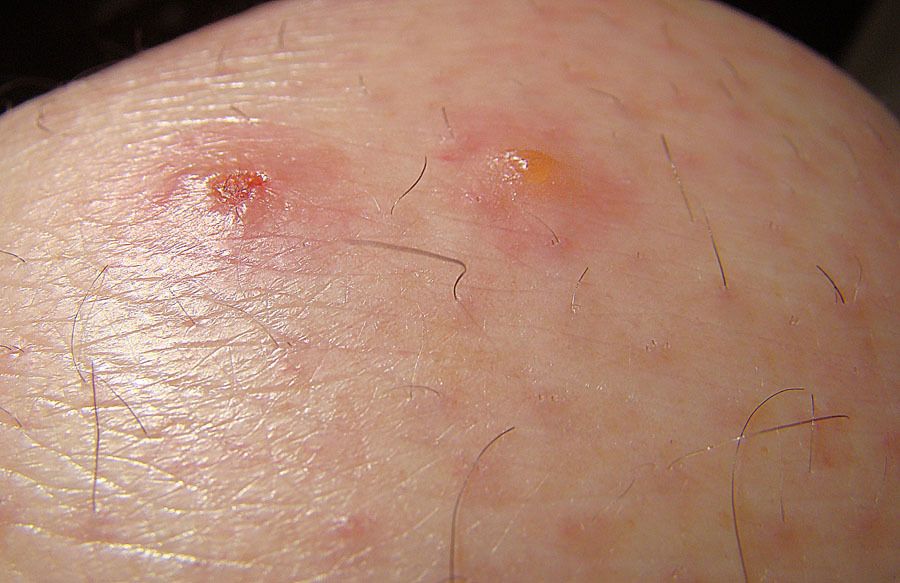 Insect bites can be really confusing and might give you difficulty if you do not distinguish between them. However, you must know about the basic differences to take the right remedies on time without aggravating the situation.

How to differentiate Chiggers Bites and Flea bites?

So, we have compiled this article for your ease that discusses chigger bites vs. flea bites elaborately. We hope to reach out to someone on time so that everybody has the right to live pain-free and peacefully.

These two insects-chiggers and flea are common and popular to bite a human. Let us dig into an interesting comparison between Chigger bites vs flea bites with points like the appearance of their bites, the size, and the pattern of their bites.

Avoid scratching if bitten and you can apply an anti-itch ointment for relief. If it persists, better visit a doctor. It is always better to take precautions than to get bitten. Keep yourself covered while walking through dense vegetation and take a shower on returning home. Wash your clothes in hot water to kill them from spreading.

With so many insects out there ready to bite you, it can be difficult to tell what kind of bug is biting you. Two insects that commonly bite humans are chiggers and fleas.

Though these chigger bites and flea bites may look very similar, they have their differences and patterns that make it easy for you to tell them apart.

Chiggers, also known as berry bugs, are tiny red larva members of the arachnid family. They average about 1/60th of an inch in size and are incredibly hard to see.

If you want to see them, I recommend using a magnifying glass.  They are found all over the world, so be wary! Chiggers are commonly found in grassy areas or berry patches. If you want to avoid chiggers, try to stay away from areas similar to this.

Their bites don’t hurt at first due to a numbing agent in the saliva of chiggers. After some time, though, that bite will begin to swell up and blister, leaving an irritating itching sensation.

Chiggers can stay attached to your skin for several days feeding on your blood. They usually stay attached for roughly 4 days before detaching. You generally won’t feel the itching until they detach themselves.

They pack a powerful bite that itches like crazy as small as they are. Their bites look very similar to small pimples, welts, blisters, or hives.

Chiggers prefer to bite in the folds of your skin. These bites usually occur around your waist, armpits, crotch, ankles, and behind your knees.

Let’s summarize what chigger bites look like to help paint a better picture:

Fleas are small reddish-brown insects that feed on the blood of a host to survive and lay eggs. They have a numbing agent in their saliva that keeps you from feeling their bites until too late. After they have their blood meal, a female can lay up to 50 eggs in a day.

Fleas have very similar feeding habits to chiggers. One of the primary differences is that only adult fleas will feed on a blood host. Chiggers, on the other hand, only feed on blood during the larva stage of their life cycle.

Fleas can be tracked into your house, causing a large infestation full of non-stop biting and itching. It sounds similar to chiggers. Let’s delve into what flea bites look like.

Fleas can jump up to 7 inches vertically, which is remarkably high considering their size. Though this is impressive, it still doesn’t get them very high on a human’s body.

Fleas will usually bite around your ankles and feet because they can’t get too far up your body. They also enjoy the humidity of socks, so they love to hide and bury into your socks and shoes.

Similar to chigger and flea bites, some slight differences can help you distinguish what’s biting you, your family, and your pets.

Differentiate between chigger and flea bites

Flea bites are usually in small clusters up to 3 or 4 bites at a time. Chigger bites, on the other hand, are in large groups from where fleas get bored and switch from one spot to another.

How to Reduce Itching?

Treating Chigger and Flea bites are very similar to any other bug bite. You can use any of the following:

With any bites, it’s going to take time for them to heal completely. You have to avoid scratching at the bites no matter how badly they itch. Scratching can lead to infection and bleeding. The more you scratch, the longer it will take for the bites to heal.

If the bites don’t get better on their own after a few days or if you don’t see any improvement, we recommend seeing a doctor.

The quicker you heal the Chigger bites, the better. The longer they go untreated, the worse they will get. There are various treatments designed for chiggers that you can use.

The best way to treat chigger bites is to keep them from biting you together. You can take plenty of steps before venturing into a chigger-infested world.

For more information on chiggers, check out the rest of our website. 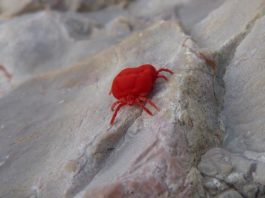 Chiggers And Chigger Bites – Everything You Need To Know! 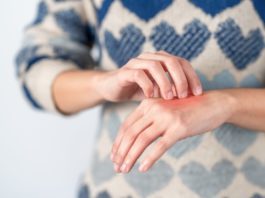 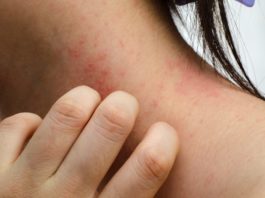 How Long Do Sand Flea Bites Last? – A Detailed View