Chigger Bite vs Mosquito Bite: What Is The Difference? 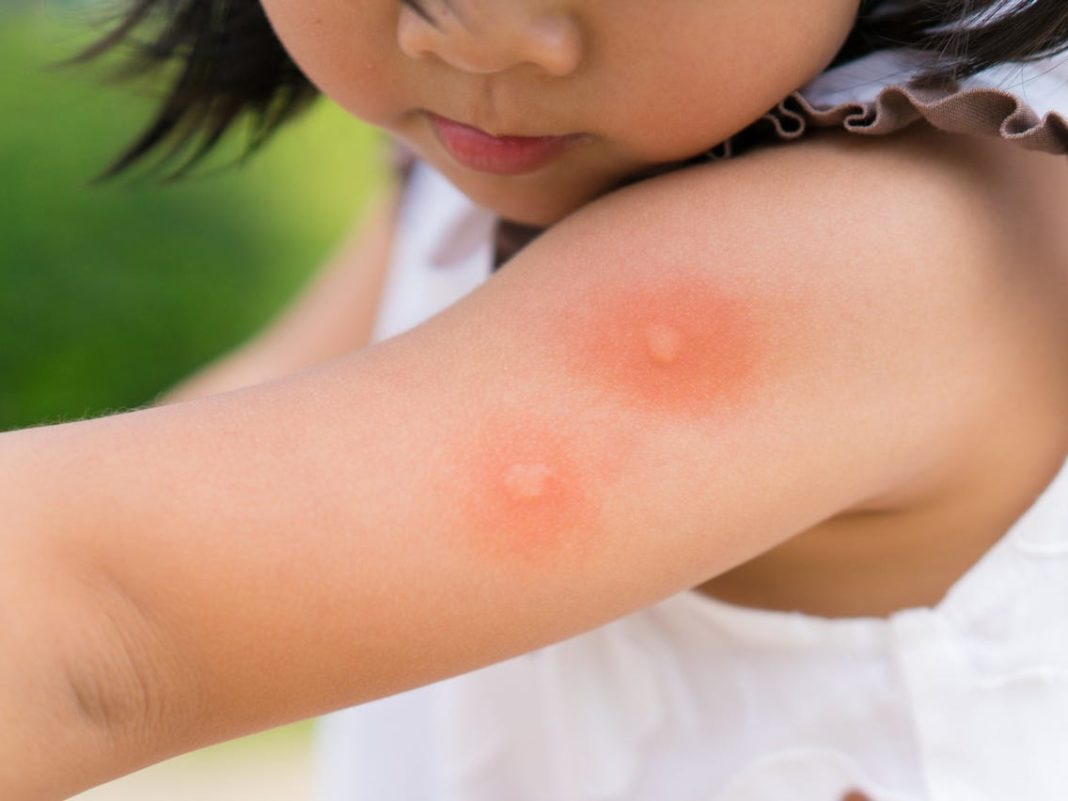 Understanding the Difference A Between Chigger Bite and A Mosquito Bite

Chiggers and mosquitoes are both tiny, insect pests that can cause irritation and discomfort when they bite humans. While the bites of these two types of insects may appear similar, there are a few key differences between a chigger bite and a mosquito bite.

One of the main differences between a chigger bite and a mosquito bite is the size of the insect itself. Chiggers are much smaller than mosquitoes, measuring only about 0.3 mm in length. Mosquitoes, on the other hand, are larger insects, ranging in size from 3 to 9 mm in length.

Another difference between a chigger bite and a mosquito bite is the location of the bite. Chiggers tend to bite in clusters around the ankles, waist, or waistband of clothing. Mosquito bites, on the other hand, can occur anywhere on the body but are most commonly found on exposed skin.

The appearance of the bites themselves can also be used to distinguish between chigger and mosquito bites. Chigger bites are often reddish in color and may be accompanied by a small blister. Mosquito bites, on the other hand, are typically flatter and may appear as a small, raised bump on the skin.

How to Identify and Treat Chigger Bite and Mosquito Bite?

Chigger and mosquito bites can be annoying and uncomfortable, but they can also carry serious health risks if not treated properly. Here are some tips on how to identify and treat these bites:

By following these tips, you can effectively treat and prevent chigger and mosquito bites and reduce your risk of contracting serious illnesses. Remember to stay vigilant and take necessary precautions when spending time outdoors to keep yourself and your family safe from these pesky insects.

Tips and Tricks To Prevent Chigger Bite and Mosquito Bite

Here are some tips and tricks to help prevent these pests from bothering you:

By following these tips and tricks, you can help prevent chiggers and mosquitoes from bothering you and enjoy your time outdoors.

Comparing the Symptoms and Effects of Chigger Bite and Mosquito Bite

Both chiggers and mosquitoes are small, biting insects that can cause irritation and discomfort for humans and animals. However, there are some differences in the symptoms and effects of these two types of insects.

Chiggers are tiny, reddish-orange mites that are often found in grassy or wooded areas. They attach themselves to the skin and inject their saliva, which contains enzymes that dissolve skin cells. This can cause red, itchy bumps or blisters on the skin. Chigger bites are most commonly found on the ankles, waistline, and armpits, as these areas are most exposed to the mites.

In contrast, mosquitoes are larger insects that are attracted to the carbon dioxide and heat produced by humans and animals. They use their sharp, needle-like mouthparts to pierce the skin and feed on blood. Mosquitoes can transmit diseases such as malaria, Zika virus, and West Nile virus through their bites. Mosquito bites typically appear as red, swollen bumps that may be accompanied by a mild fever and body aches.

One major difference between a chigger bite and a mosquito bite is its duration. Chigger bites can last for several days or even weeks, while mosquito bites usually resolve within a few days. Chigger bites are also more itchy and uncomfortable than mosquito bites, as the enzymes in the chigger’s saliva can continue to irritate the skin even after the mite has detached itself.

Both chiggers and mosquitoes can be prevented by wearing long sleeves and pants when in areas where these insects are commonly found, using insect repellents, and avoiding standing water, where mosquitoes breed. Chigger bites can be treated with over-the-counter creams or ointments, while mosquito bites can be relieved with antihistamines or ice packs.

The Misconceptions Surrounding Chiggers and Mosquitoes

You can also check:

Chigger Bites Treatment Guide: How To Prevent These Bites?

Can Chiggers spread – Are Chiggers contagious?